I get millions of newsletters and things but this really stands out. Apparently art has gone to a new level. Gorilla level. The two gorillas, Koko and Michael, in Cali. have begun to do their own paintings, and some genius decided to make digital reproductions (a limited number, of course) for people with WAY too much money to buy.

As if that's not enough, they also let the gorillas name the paintings.. things such as "Pink, Pink, Stink, Nice Drink" and "Stink Gorilla More." No, I'm not kidding.

This is taken straight from the newsletter, I think it's hilarious..
"Pieces run just $100-$350 (so feel free to go ape shit), with proceeds going
toward the preservation, protection, and well-being of the species.
And that’s no monkey business."

It is going toward a good cause, but as for the artwork.. get your kid to paint you something.

If you want to see for yourself, check out koko.org
Posted by beth b at 9:48 PM

If you check out some of the other paintings, like Love and Michael's self-portrait, and Bird, the paitnings actually resemble the subject. It's kind of scary. And aweosme, considering its not a human doing it, so I'd say its worth the money. 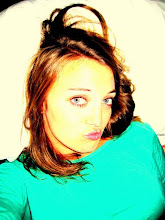